So obviously after the events at the tail end of 2013, this year was mostly spent dealing with the fact that we now had a tiny (not so tiny) baby to look after! Work-wise I’d stupidly taken on two new clients just before baby came along so while they were freelance clients who were aware of what was happening, it did mean I had some worries about making sure I could do work for them. In the end one of them tailed away to nothing within a few weeks of the new year and the other was just a week or so’s work that I managed to get in while baby was napping.

In retrospect the newborn stage is actually something of a calm before the storm as they do tend to sleep a lot. We had some issues around baby’s feeding and weight gain which the midwives dutifully freaked us out over but after a few months she did start putting on weight better. In fact once we weaned her onto food, which with perhaps rose-tinted hindsight went pretty well, she started putting on plenty of weight. 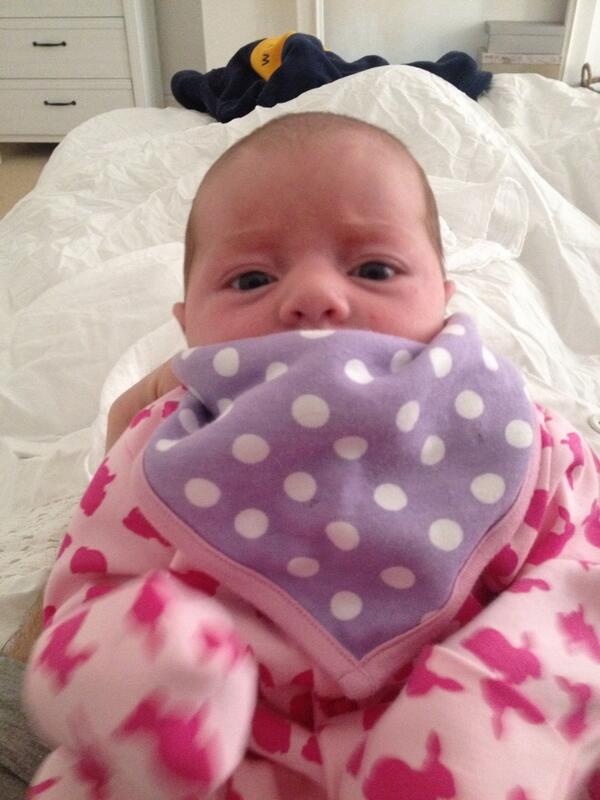 The “week’s work” was quite an interesting iPad app and ultimately developed into a continuous 2 days a week. Without going into too much detail it was tourism based and involved having the app open while you were driving a car. It proved quite tricky to develop and test due in part to literally having to go out and drive in a car to get any useful test data. Also my clients were in London and there was times when they would upgrade the app, drive to central London, try to launch the app and find it insta-crashed. The fix was to delete and reinstall, not so easy for a multiple hundred MB app when you’d already gone to the location. With this and another client I’ll get to shortly I learned a lot about the benefits of automated testing, automated smoke testing and continuous integration. The testing tools at the time were not so good as they are now in Xcode but if I had a good method to simulate a drive, and to do smoke tests every time I committed code I could have avoided many of the problems I encountered.

A few months into the year when I was mainly working on some updates to CamViewer and making further small changes to the iPad app I just mentioned I was approached by John Fagan who I used to work with at Multimap. He was wondering if I’d be interested in taking on a full time role at the company that he was working for - Axon Active. I’d not really been interested in full time roles but in fact as this was a foreign company I would be treated more like a contractor, and the money was pretty decent. Ultimately I told John no, only for him to suggest that I might work just a few days a week for them instead. When I mentioned these talks to the people I’d been engaging with on the other app they jumped at the chance to grab my other free days and so I ended up with 5 paid days a week split between Axon Active (3 days) and the other client.

Looking back on my tweets from the year I see multiple mentions of running. I’ve never really mentioned running on this blog which is quite bad because it’s become a regular part of my life. In fact in 2013 I ran my first marathon, a milestone I forgot to mention in the previous blog post! In 2014 I ran the same race again but found it much more tricky to fit in training around childcare, I mostly did best efforts at the training plan I was using but ended up with a decent result. While in 2013 I managed an awesome 1:40:00 for the half, I managed to follow it up in 2014 with a very respectable 1:43:25. In 2013 I ended up having real issues with my IT band, causing me to limp the last few miles. Annoyingly in 2014 I actually felt much better and had no issues such as this, but then faced a headwind for the same last miles! I could quite possibly have improved my PR if it wasn’t for that.

With Axon Active I was working on a small project they’d been developing around taking in various items of data that would be made available on an iPhone, uploading them to a server and from there deriving information about patterns in the way you live and your future plans that we might be able to help you with. At the time we pulled in location and calendar events and would do things such as suggesting a place you might go to nearby for a quick lunch or let you know about travel options for your calendar appointments.

Axon Active are a Swiss company but most of the people working for them were remote. At the time we had people in France, Edinburgh, London, Brighton, Manchester, even Russia! This allowed me to keep the flexibility of working from DoES Liverpool which was very handy. We would meet every 3 weeks in London for sprint planning and every 3 months for a trip to head office in Switzerland. This worked really well with the new baby, I could choose to work from home or from DoES Liverpool most of the time and the trips to London weren’t too tricky. Having to be away for a week wasn’t so great but it also wasn’t so often. We had plenty of support from my mother in law, Anne, so that made sure I was mostly not leaving my wife home alone with the kid. Also helped that my daughter got really quite good at sleeping from as early as 6 months!

Enjoying the view at the Axon barbecue pic.twitter.com/ZgonV9aqKF

The project at Axon Active was initially just a side-project for an 8 person team but as the year progressed the company really saw the potential of what we were doing and it culminated in a new UK based company being formed at the very end of the year… but that’s really a story for 2015.

Again looking back at my tweets I see that after some discussions with Patrick Fenner I had him and his wife Jen Fenner, through their company Deferred Procrastination, help me with a new design of the WhereDial. They actually engaged an old friend Sophie Green to prepare some artwork for the device while Patrick and Jen looked at improving the functional design and the production method. They developed a way of using screen printing to allow much faster printing of designs onto the laser cut materials (ultimately screen printing would take seconds where laser engraving could take 15-20 minutes per piece). The resultant WhereDial looked really good and I was quite happy with the results. Unfortunately as I got busier with life and paid work I found I didn’t have the time to progress this so never got as far as selling the new versions. I’ve had them around my house and on my desk over the years and it’s interesting to note that while they do look good, the design is quite busy and the colours quite low contrast so it can be tricky to tell what’s happening from across a room. Something to keep in mind if I ever get around to developing the WhereDial again!

What do you think of the new look WhereDial? See it up close and get kits at #MakerFaireUK @DoESLiverpool stand! pic.twitter.com/SMaeAIll22

The iPad app continued on for much of the year, we found it tricky getting the location based stuff working just how we wanted. We were trying to simulate something that a human would do and the clients had a particular level of quality in mind that was hard to replicate. There was also the need for a sat-nav component in the app, we didn’t want to call out to Apple Maps so would have needed to either build a sat nav ourselves or pull in a third party component. In the end this proved particularly difficult to find for iOS leading them to look at Android as an alternative. With my lack of interest in Android and continuing focus on the Axon Active role we ended up parting ways in Autumn. It was a really interesting app to work on but just had some difficulties that would really have required a lot more development resource than me working on my own. I didn’t hear too much from the clients once I handed the code over to their Android developer and I have a feeling that the project stalled around then.

That’s probably it for 2014 really, once that app project stopped I found it useful having two days a week to do more work on CamViewer and also found the time to make some changes to the Chess Viewer app that I’d been working on intermittently. As 2014 drew to a close my wife started to think about returning to work and deciding what hours she wanted to do. Axon Active were also looking to setup the UK company and were offering people full time jobs, me included. I really wasn’t sure that I wanted to make that commitment, my stance hadn’t really changed from the beginning of the year, but I wasn’t really looking for any more work and the money was still pretty decent even as an employee so it was a hard decision to make. I didn’t make the decision until the first week of 2015 so I’ll make you wait to hear!