I was tempted to skip this year as I had after all written a blog post that year already, but why not go crazy and write a second one, maybe the 2013 review would have been the first post of 2014 anyway?

Although I tend to write about geeky work related things on this blog it’s really my personal blog so I should definitely mention that the two major events of 2013 for me were personal rather than work related. We (my wife and I) moved house, and got pregnant! The house move wasn’t particularly planned and just came from noticing a house around the corner from ours that looked interesting, checking it out (awful) but then looking at a few more and deciding that actually we really could manage a nice upgrade, and might need to as we’d be needing more room soon.

We were lucky that we could afford a lovely big victorian house, which looks nice and provides lots of room for kids and associated “stuff”, but isn’t the best when it comes to heating and having lots of little jobs that need doing. We actually didn’t move in for 3 months after buying it, but still even now have lots of jobs that need doing and some quite large bits of building work we’d like to do, if we could get around to it (making the cellar a usable space and extending the kitchen). Obviously having lots of jobs to do is standard for owning a house but this place definitely seems to take it to another level!

Also back in 2013 I took on a summer student, Elliot. That was a great experience even if I hadn’t necessarily prepared well enough for having him around. I ended up giving him all sorts of different bits of work to do including upgrades to my CamViewer webcam viewing app and upgrades to the WhereDial. He actually did most of the work towards a Wi-Fi enabled webcam that would have used TP-Link mini Wi-Fi routers as much of the brains with a bespoke Arduino compatible circuit board controlling the motor. Unfortunately in the end I didn’t get around to productising that but hopefully he had some fun working on it and got some good experience. After that summer he went back to university to finish his degree then had no problem finding a job. I haven’t caught up with him in a while but I believe he’s still doing well and applying his great versatility to working on a variety of things from back-end server coding to mobile app dev.

During the summer of 2013 I, with Adrian McEwen, Hakim Cassimally and Aine McGuire exhibited at Internet World trade show in Earls Court, London. That was quite an interesting experience. We were given a prime spot at the entrance to the show and used it to demonstrate a variety of IoT devices including the WhereDial and Bubblino, Hakim and Adrian also promoted their book Designing the Internet of Things. And because spending a week in London wasn’t enough we then spent the following weekend in Newcastle for Makerfaire!

Wow, looking at my notes that was when my relationship with ExamsTutor ended. Unfortunately it didn’t end as well as I’d have liked, they simply decided they did not want to continue the relationship and largely cut off communication. I had owned the IP behind the apps so no further development occurred on those and it looks like they got removed from the app store in Apple’s great cull of 2016 (removing any app that hadn’t been updated in years). A shame to end that way as I’d enjoyed working with them but there wasn’t much I could do once they stopped replying to emails.

My relationship with 7digital also ended this year, as I recall they were looking to take development in-house which was fair enough. I don’t think iOS was ever really a huge priority for them as Apple’s app store rules made it difficult for them to make any money from the app. I know they continued using my codebase for a few years after, it’s hard to tell if they still do, the app’s structure hasn’t changed too much but it’s quite likely it’s had some restructuring under the hood.

As mentioned I (and Elliot) also continued working on CamViewer through that year. Interestingly looking at the Changelog that year seems to have been the start of me adding more functionality to the app. At the end of the year I added support for “HD” cameras that use RTSP by integrating a paid-for library. That was just in time for me to use cameras such as this as baby monitors, something I and my wife have both found really handy over the years.

Pretty much the last thing that happened in this year, Evie was born! 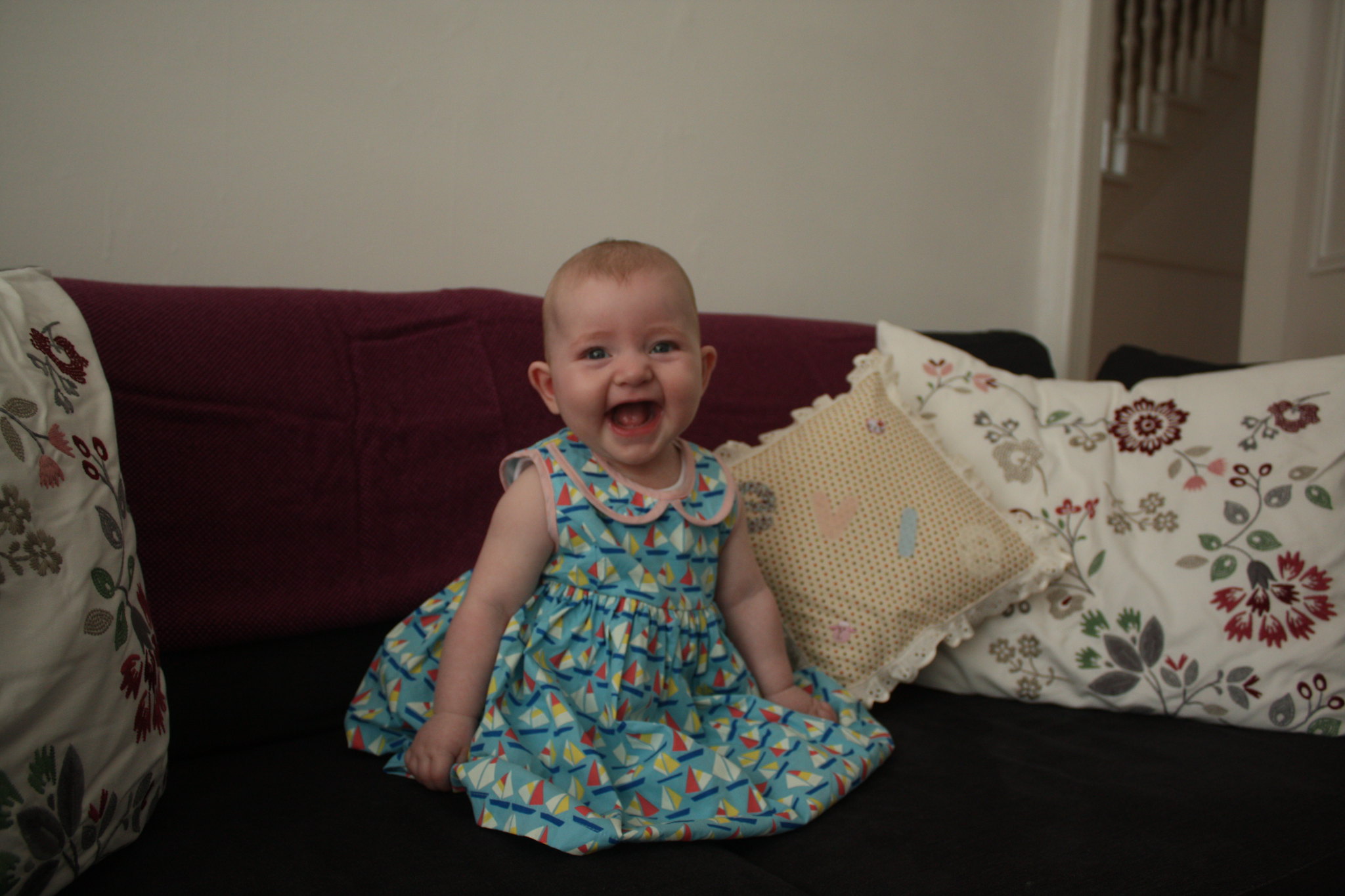 So that’s a review of 2013 done, just 3 more years to cover (assuming I get this done quickly, considering I started this blog post in January (2017) that may not be the case!)