Wow, it’s been a while hasn’t it? I’ve been working hard the whole time so just not had time. Thought I should get a quick update out as some interesting things are happening. 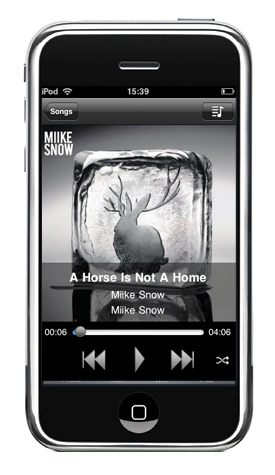 The app I worked on back in July was for 7digital, a leading online media and music store. They’ve been talking about the app recently and announcing their mobile strategy. Unfortunately Apple have not allowed it into the store but we’re hopeful that it will get in eventually.

The revision apps I’ve been working on in the past few months are changing… I’m now working with ExamsTutor to build a bigger suite of apps selling to schools and individuals. This is great as it saves me a lot of work on the server side (even if it does mean my existing server-side stuff is now redundant) and also means I’ll have an established conduit to schools.

The chess app I was working on way-back-when is nearing completion and may be out by Christmas!

I’ve also been working on a project to rebuild a really simple PHP app with Ruby on Rails. The original system was very simple, essentially giving an admin interface to 4 tables, but was so badly written that adding any features was a complete pain. The migration to Rails hasn’t taken too long (though slightly longer than I expected really) and is now complete meaning I can begin adding some new features to the system.

I’ve started working with someone on a new location start-up, can’t say too much but hoping it’s going to be big and will be a good reintroduction into the geo-world for me.

We’re also still enjoying the office and have now achieved a full 6 days since the last explosion! 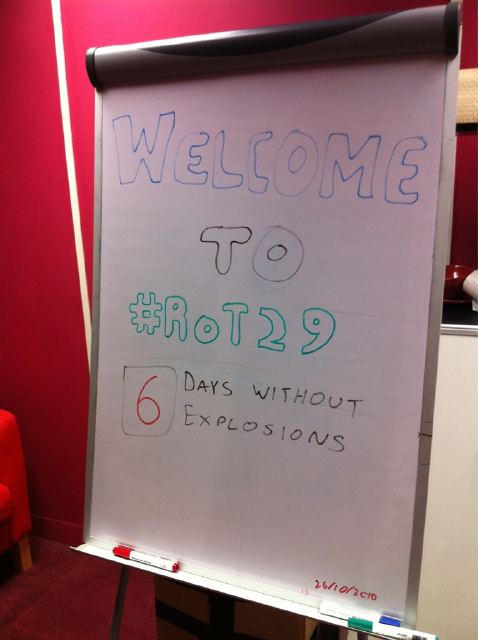