So one of the great events that I’ve, er.. delayed writing about was the annual OpenStreetMap conference “State of the Map”. This year it was a 3 day conference (previous years had been 2 days) with the extra day accommodating the various commercial people that have started making use of OSM data. It was a great idea to bring in some fresh faces to the conference and actually gave me my first speaking opportunity of the weekend, talking for five minutes about mapme.at. The following two days took a more traditional course with various members of the community talking about the ways in which they are using and working with the OSM data.

A selection of countries gave a “State of 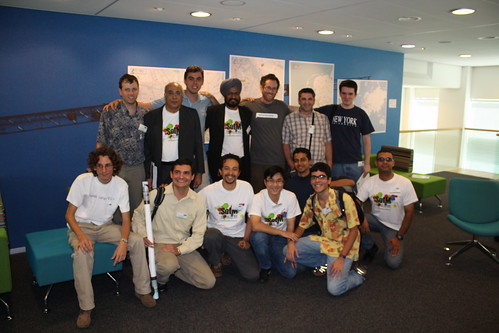 The conference took place this year in Amsterdam and it was my first time visiting the city, though I didn’t see much of it in the first few days while at the conference we fortunately stayed on (we being my wife and I) to spend another few days in the city for some rest and relaxation. We had a great time there and I had plenty of opportunities to use my (still relatively new at the time) DSLR camera as you should be able to see from the photos scattered around this post. 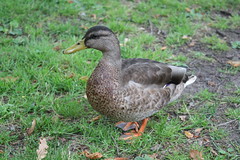 I managed to make it three years running speaking at a SOTM conference not only with my 5 minute segment about mapme.at but also with a full half hour on Saturday afternoon talking about OpenStreetView. This is my idea for a project to try to create an openly licensed database of street-level imagery, and ideally some really impressive software to go with it. The talk went well though I had an “interesting” Q&A; session afterward, obviously people are still concerned about the privacy aspect even when related to what I hope will become a very open project. Unfortunately at the time I hadn’t completed the software side enough to launch the project, and as you may have noticed I haven’t yet launched it, more on that soon. 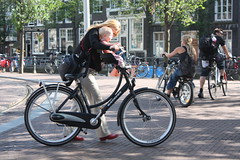 Next week I’ll be attending another conference, and again will be speaking about OpenStreetView. Ed Parsons has written about the conference that he “was disappointed with the introspection and backwards thinking demonstrated … and had all but given up attending” which doesn’t sound like a big vote of confidence. The conference is AGI Geocommunity and fortunately a big effort has been made by Stephen Feldman, Chris Osbourne, John Fagan, Rollo Home and many others to improve the situation leading to a really great and interesting looking programme.

As mentioned I’ll be speaking about OpenStreetView again, but this time I’m intending to have something launched and usable beforehand. It won’t be particularly pretty, it won’t have a huge number of features, and it probably won’t have a huge database of images, but I’m hoping this will all change once I open it out and get more people involved. My aim with the project is to build a database of images and metadata which can be built upon by others who are already working on the software side for viewing these things. It should also provide a home for imagery being created by various people who are already building hardware solutions for collecting it. Unfortunately (for the project, good for me) I’ve been very busy over the summer with paying clients but I’m hoping I can get things finished off this week to allow upload and moderation, then the fun can begin!

I also can’t talk about conferences without mentioning another speaking date I have coming up in November. While the AGI is a national group aimed at representing the interests of the whole UK’s geographic information (GI) industry, they also have smaller groups aimed at bringing together the GI community in different areas. The AGI Northern Group achieves these aims in the North of England with a monthly meeting and this year their first full-day seminar - the AGI Northern Group Where2Now Conference. It’s being held on the 10th November in Harrogate and I’ll be speaking along with a great list of people. Ticket information isn’t yet available but put the date in your diary, check out the linkedIn events page and head over to Tim’s blog for more information on the speakers.

If you’re going to the conference next week and we haven’t met before then please do say “Hi!” I’m really looking forward to it, not just for the great content on offer but also for the opportunity to meet up with some old friends that I haven’t seen in some time, and also to meet some new faces. I’ll close this blog post out though by quoting Tim Waters and his write-up of the SOTM conference, it’ll be interesting to see if the AGI Geocommunity conference can generate just as much emotion:

Yes, I got a bit emotional at the third OpenStreetMap conference, held in the CCC, Amsterdam last weekend – mainly because this globe we are on is the only one we know – we really are mapping our universe, doing it our way. Creating the world we want to live in. [Tim Waters](http://thinkwhere.wordpress.com/2009/07/15/were-making-the-world-weve-always-wanted-to-live-in-sotm09/)